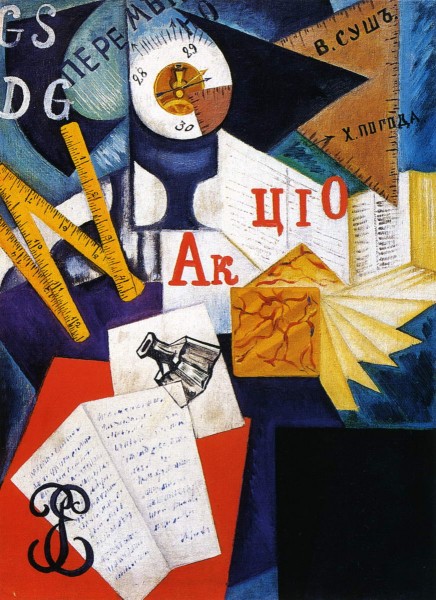 One of the leading Russian art critics, Abram Efros, called Olga Rozanova “a real Futurist”. Unlike the majority of her friends and colleagues, who were “only servants of the theory”, Rozanova was one of the “rare intimate masters of Futurism”. Efros affirms: “It is difficult to name anyone who was as spontaneously free in their Futurist works as Rozanova.” One of the works that the critic had in mind was Writing Table. Olga Rozanova retains her predilection for everyday objects and the trifles of everyday life, while the composition is detailed and verbose. Abram Efros writes: “Such Futurism is the modern successor to the old, cosy painting of intérieurs. It does not so much renounce them as refashion them.”