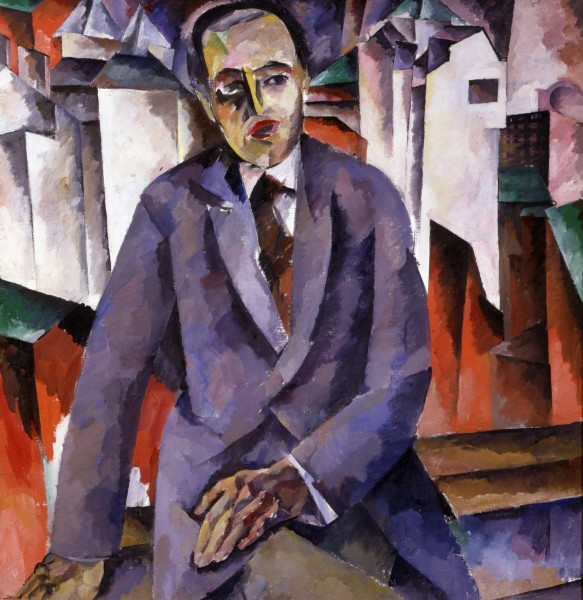 Alexander Yakovlevich Tairov (Kornblit) (1885–1950): Director, actor. Organised (1914) and directed the Chamber Theatre in Moscow. People’s Artist of the RSFSR (1935).
Alexander Tairov was an actor in theatres in St Petersburg, Riga and Simbirsk (until 1913). A graduate of the Faculty of Law of the St Petersburg University (1913), he became the first chairman of the Moscow Union of Artists (1917). He was also a member of the presidium of the Rabis central committee (1919–36) and vice-president of the theatrical section of the All-Union Society for Foreign Cultural Links (1944). In 1914, Alexander Tairov helped to found the Chamber Theatre, with which his whole subsequent life was connected. He regarded it as a “theatre of emotionally rich forms” in contrast to the principles of naturalist or “conditional” theatre. Tairov’s aims were refined mastery, strong feelings, a romantic and tragic repertoire and legendary and poetic subjects.
The theatre became an important aspect of Aristarkh Lentulov’s career in the mid-1910s. In 1915–16, he collaborated on a production of William Shakespeare’s The Merry Wives of Windsor at the Chamber Theatre, where he met Alexander Tairov. The artist soon became a friend of the director and his wife Alisa Koonen, an actress and co-founder of the theatre. In 1919, Tairov invited Lentulov to design the sets and costumes for a production of Anton Rubinstein’s opera The Demon at the Moscow Theatre of the Soviet of Workers’ Deputies. Although this was their only joint show, the two men remained friends for the rest of their lives. In 1925, several of Lentulov’s surviving designs were shown at the Exposition Internationale des Art Décoratifs in Paris, winning the Grand Prix. The artist was invited to head the theatrical-decorative studios opened at the First Free Art Studios in 1919, the same year he completed this portrait of Alexander Tairov.