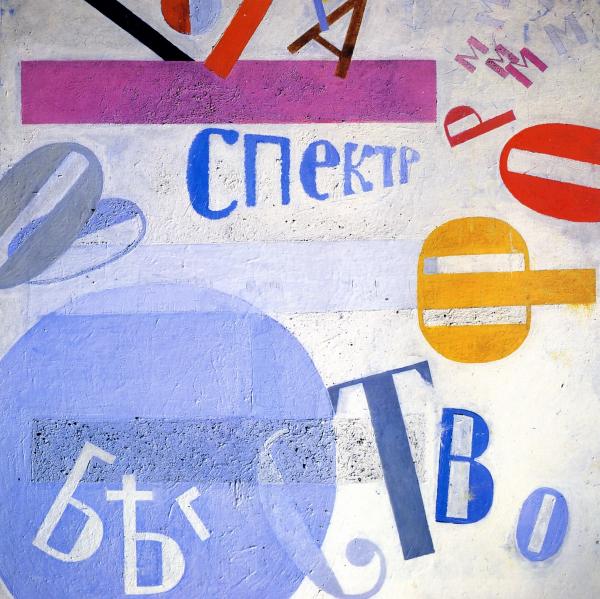 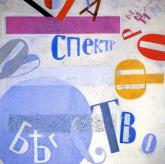 Still-Life with Letters. Spectrum Flight (1919) clearly reflects the influence of Suprematism on the art of Jean Pougny. Pougny’s Suprematism, however, was something of a compromise. The formulatory basis of Suprematism united in his oeuvre with reality, a reminder of which are various objects, words, fragments of words and details from everyday life. The word form, with its treble m, evokes the idea of extension. Pougny later repeated this plastic manoeuvre at his one-man show at the Galerie Der Sturm in Berlin (1921), when he installed the word Flight on the walls of the exhibition hall. He repeated the work at the same time for he was unable to take it abroad.