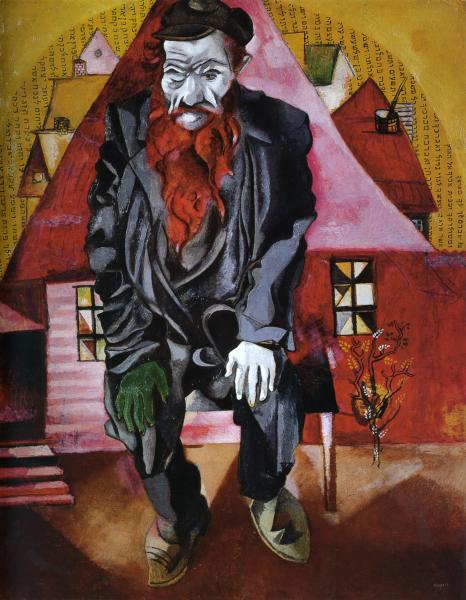 After returning to Vitebsk from Paris in 1914, Marc Chagall painted a series of pictures that were then exhibited in St Petersburg. The catalogue of the exhibition lists such works as Green Jew, Jew with a Sack and Jew with a Violin. Red Jew seems to have been exhibited as Jew with Letters. This work can be considered one of the most dramatic paintings of the cycle, thanks to the tones referred to in the later title of the work. Colour transforms the indigent old Jew into a truly tragic image, endowed with epic force.