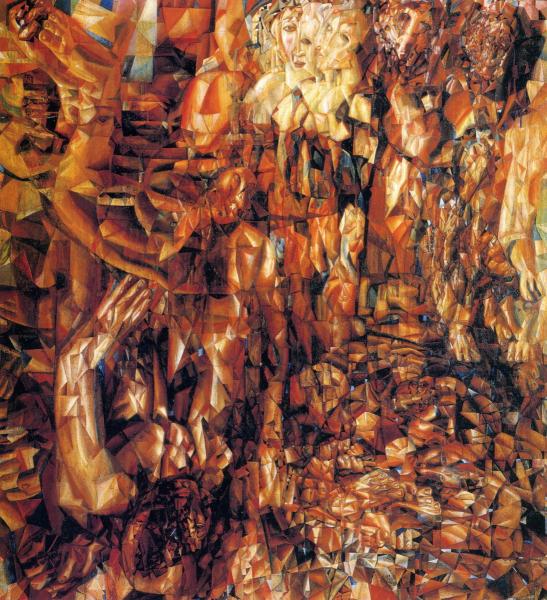 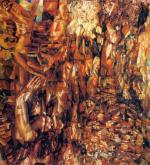 Painted during the First World War, Pavel Filonov’s The German War is stylistically similar to two other compositions — Untitled (1917) and Untitled (1919). It also has much in common with the Cubo-Futurist works of Kazimir Malevich, Lyubov Popova and Nadezhda Udaltsova.
The picture is painted in restrained grey-brown tones and divines the contours of Filonov’s future works. Following the artist’s desire to convey the dynamics and chaos of destruction, the forms break up into "splinters", reuniting in crystals and new variations.
«Виртуальный Русский музей» в социальных сетях: