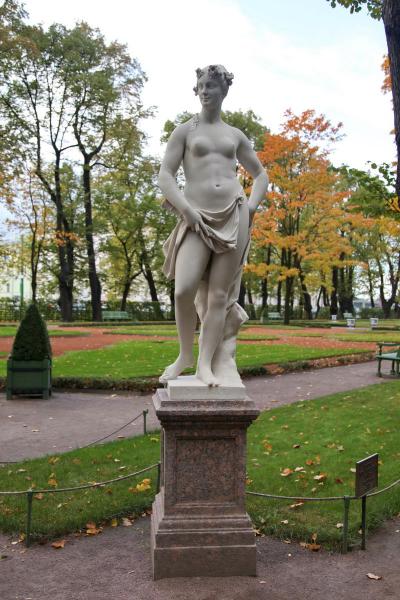 A copy from the original of Guiseppe and Paolo Groppelli. Early 18th century

The depiction of the god Apollo accompanied by the Muses marked the beginning of the secular art in Russian culture, became the symbol of prosperity of arts in Russia. Apollo’s companions (the Muses) embodied the creativity in a person. They inspire artists, poets and actors. Each Muse patronised  some kind of art and was depicted with appropriate attributes.

Euterpe was the Muse of lyric poetry who assisted to play flute which she herself had invented. She was depicted as a slender woman holding a flute.