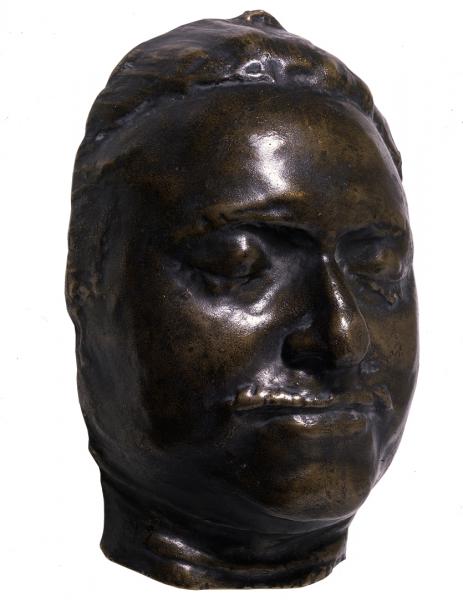 Death Mask of Peter I

On the day that Peter the Great died the Italian Carlo Bartolomeo Rastrelli, who had created a whole series of sculptures of the Emperor, was called to the palace to make plaster casts of his face, hands and feet, and also to make accurate measurements of his body. Peter’s death mask was subsequently cast in bronze.

The death mask was received by the Russian Museum in 1930 from the Stroganov Palace.