Historical artist. Son of typesetter in Senate printing house of Akim Fedorov. Starting from 1764 studied in Academy of Arts in class of historical painting under Gavriil Kozlov and Anton Losenko. In 1773–1778 a scholar of Academy in Italy (Bologna, Rome). In 1778 was appointed and in 1779 started professing at the Academy of Arts. Academician (since 1782), adjunct professor (since 1785), senior professor (since 1794), director of Academy of Arts (1796–1800). Since 1786 — inspector and member of Imperial Tapestry Manufacture office, since 1791 — its director. Gave the children of Paul I drawing lessons. Composed “Brief Historical Journal on Some of Russian Artists”. 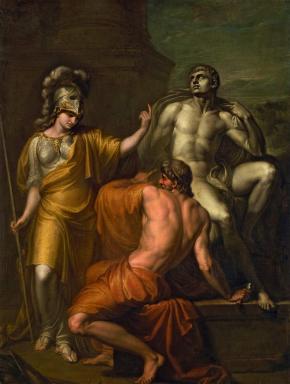 Akimov I. A.
Prometheus Making a Statue at the Command of Minerva
1775 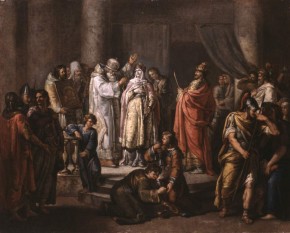