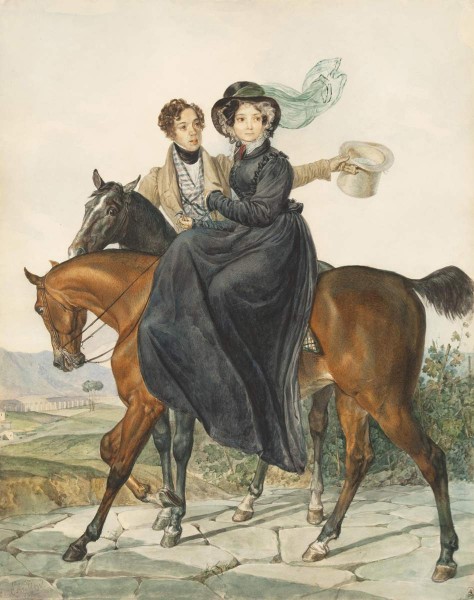 Portrait of K. A. and M. Y. Naryshkins

Together with count M. D. Nesselrode, prince A. N. Golitsyn and F. I. Samarin, K. A. Naryshkin was among the customers of K. P. Brullov, about which the artist reported to the Society for the Encouragement of Artists in July 1825.