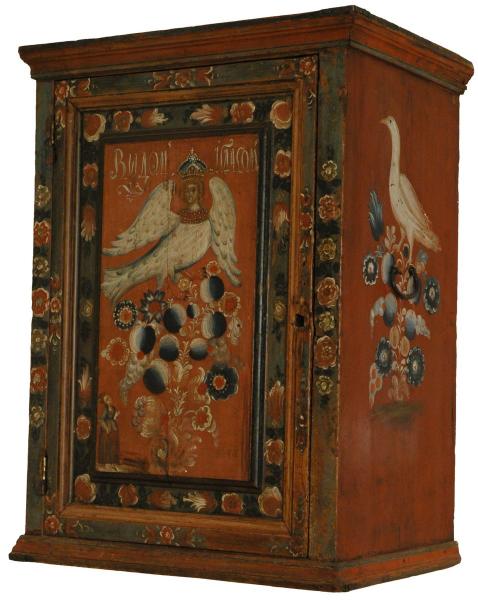 This hanging cabinet, belonging to the type of painted ones, was created in the Olonets province at in the end of the 18th century. The snow-white doves in the bushes depicted on the side walls, and Sirin (a mythological creature with the face and chest of a woman and the body of a bird) on the Tree of Paradise with the apples are painted with colourful brushstrokes. A tiny feminine figure is fascinated by the singing of the fairytale bird. The painting is influenced by the “Lubok” pictures and reflects the wedding symbols. It depicts two winged hearts placed on the inner side of the cabinet’s door. The painting reveals the influence of 18th century secular art and icon painting. Such pieces of furniture were painted at the Vyg river in the Olonets province.