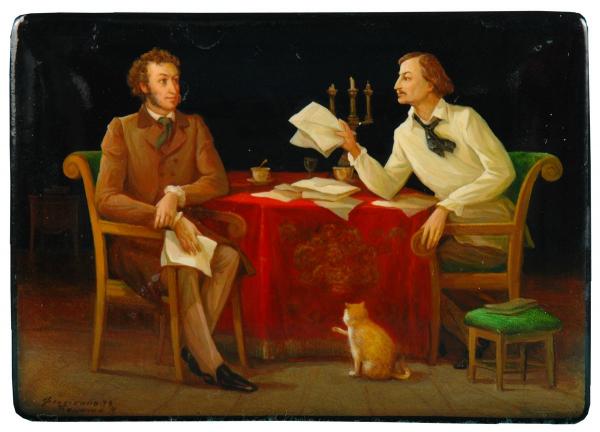 In 1910, after the closure of the Lukutin factory, the craftsmen formed the Fedoskino Labour Artel, on the basis of which local art revived in the subsequent time. The contemporary artists of Fedoskino are creating new original compositions, developing the traditional trends that emerged in the Fedoskino miniature of the 19th century. The characteristic laconic structure of the composition, the expressiveness of movement, the simplicity of the drawing, the luminosity of Russian lacquers were absorbed from the age-old folk paintings and the experience of easel works.