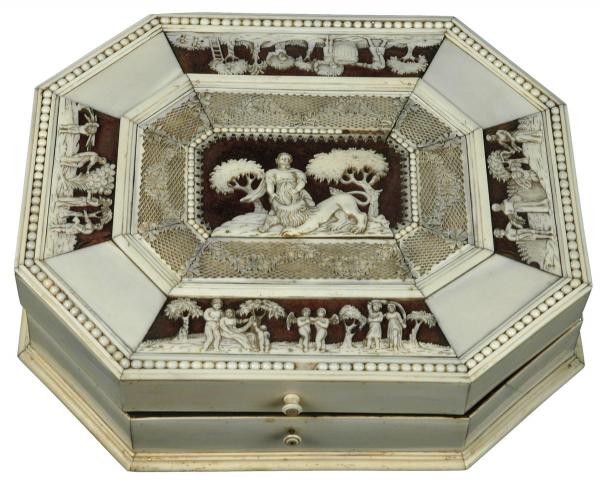 Сholmogory, The Arkhangelsk Province. First third of the 19th century

The pieces of the first third of the 19th century, which include the box "Seasons", are marked by the influence of the classicism style. The strict rectilinear forms of bone objects, symmetry of the arrangement of slotted plates, use of narrow profiled plates and rows of beads show this influence. The reliefs "Samson slaying the lion" and the allegory of the Four Seasons which are close to folk artists, enrich the decoration of the box. They can be found in illustrations of folk handwritten collections of the 18th and 19th centuries and in the book “Symbols and Emblems”.