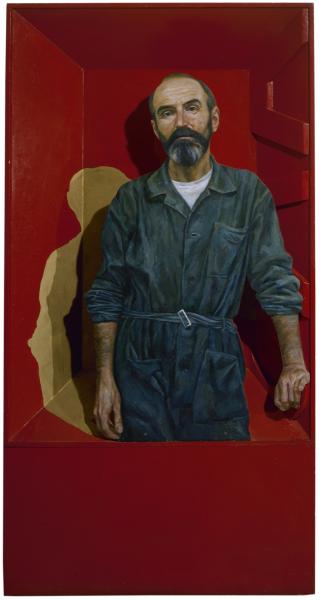 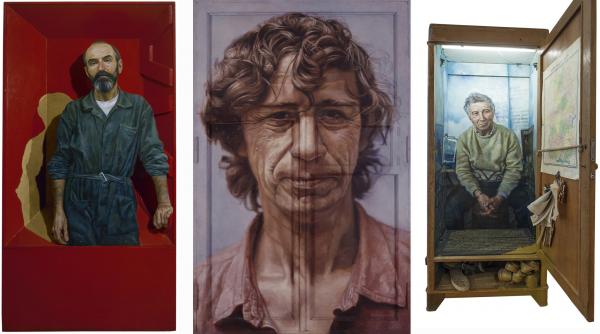 The left side of a three-part composition. 1988

Although the three works under discussion were produced with a temporal gap of seven years, they now form an installation consisting of several parts. They each show the portrait of a fellow artist whereby Makarevic does not limit himself merely to the reproduction of the facial features but also portrays the typical characteristics of each respective mode of artistic expression.

Čujkov's portrait thus appears on a wooden window, at the same time the framework in relief stands out as a result of the portrait: Čujkov himself frequently uses objects e.g. windows. Il'ja Kabakov's portrait installed in a cupboard is an allusion to Kabakov's installations which often have a documentary character in so far as they reflect life in the Soviet Union. Bulatov's portrait is detached, assembled in front of a box: Bulatov frequently works with the confrontation of picture and text by adding written characters to extremely spatial- depth oriented paintings, thus counteracting the depth effect of the picture with the flat element.