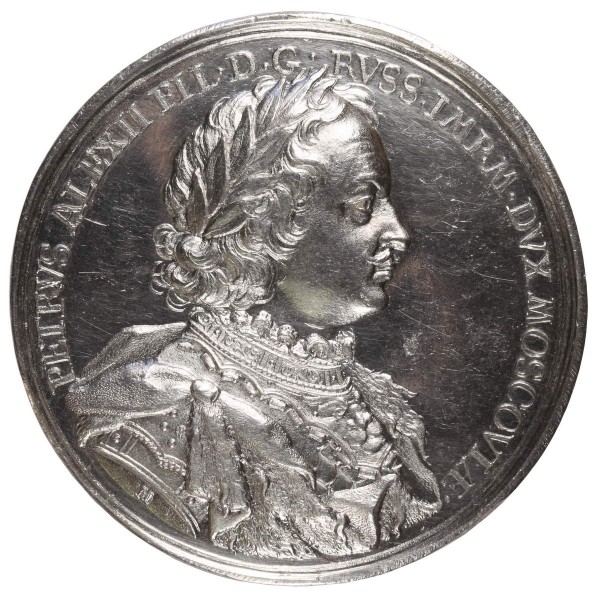 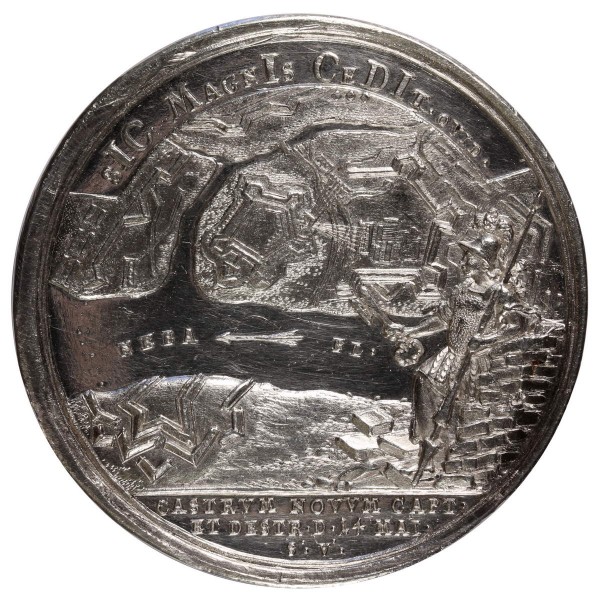 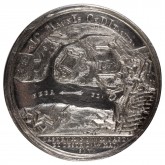 Medal Commemorating the Capture of Nyenschantz in 1703

The desire of Peter the Great to make Russia one of the European commonwealths initiated the birth of medallic art, which before this was unknown in the Tsardom of Moscow. The famous Nuremberg medallist Philipp Heinrich Müller was ordered to create a series of 26 medals commemorating events of the Northern War. The medals were produced in 1713‒1714 using the highest quality materials and corresponding to European medallic traditions. Beginning in 1716, these commemorative medals were produced in Moscow for presentational purposes: they were presented as gifts to foreigners and senior officers of the state. The letters highlighted in the Latin legend refer to the date, on which the event took place.