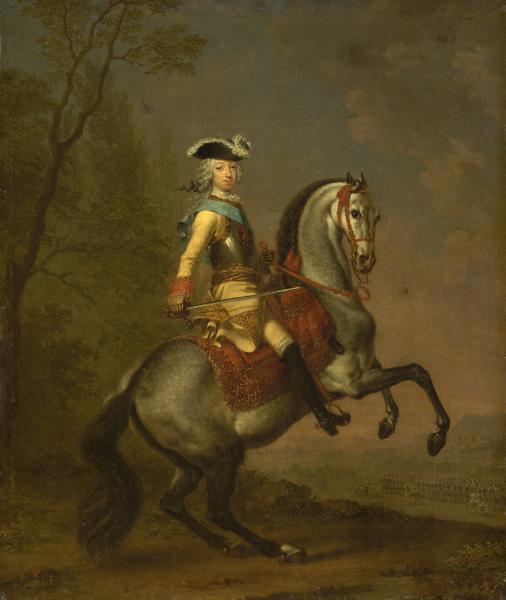 Portrait of the Grand Duke Peter Fyodorovich on a Horse