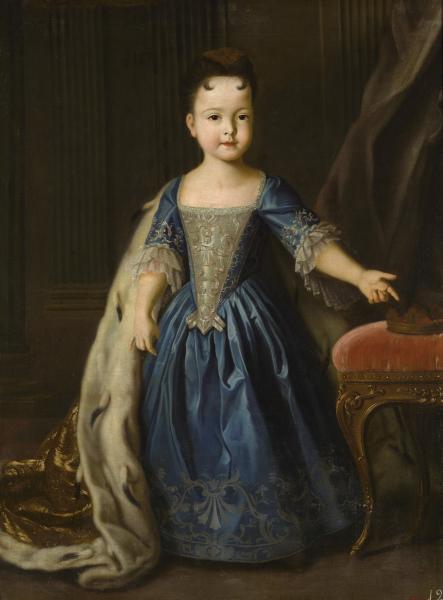 In the “Inventory” of the collection of the Museum of the Academy of Arts completed by Golovachevsky in1773, the painting is listed as one of the “paintings received from the palace in 1762,” but the work was mistakenly referred to as a portrait of Tsesarevna Anna Petrovna (no artist’s name mentioned). The person depicted in the portrait was recently identified. Recent research established that the painted was created by Caravaque, who painted two portraits of Tsarevna Natalia Petrovna in 1721.