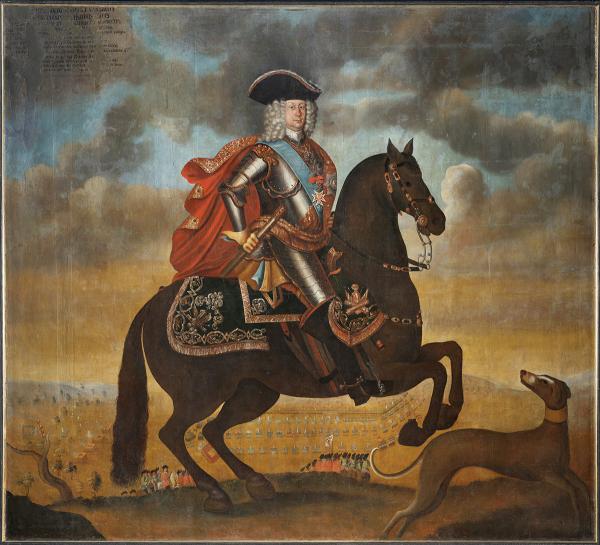 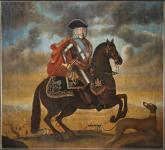 Boris Sheremetev (April 25, 1652 – February 17, 1719). Statesman, commander and diplomat. In 1682 he was made Boyar. He took part in the first Azov campaign. He was a close associate of Peter the Great and fought in all the most important battles of the Northen War (Dorpat, Narva, and Riga). He became Field Marshal General in 1701 and was the first Russian count (1706). At the battle of Poltava he commanded the centre of the Russian Army. Peter the Great called Sheremetev his “Turenne” and valued him greatly for his selflessness.

In 1905 the painting was kept in the Sheremetev Palace and exhibited within the Tauride Exhibition as work of Ivan Argunov. Later the portrait was attributed to Schurmann, even though some scholars have doubted the existence of this artist. An inscription recently read on the portrait; “Karl Schurmann pictorducalis curl […]” suggests that during the siege of Riga in 1710, Karl Schurmann was painter to Frederick William, the Duke of Courland, and the future husband of Anna Ioannovna.