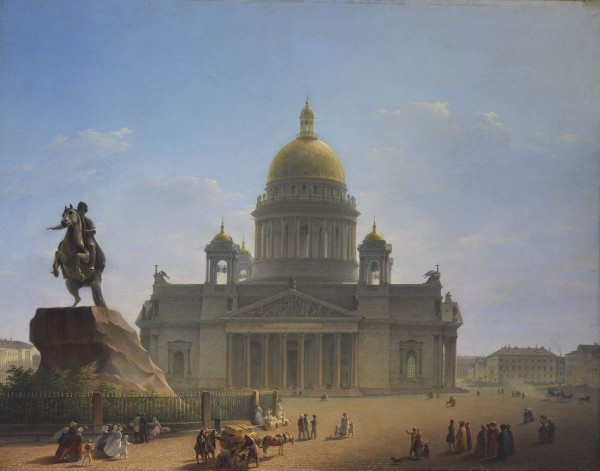 Auguste Montferrand’s St Isaac’s Cathedral (1818–1858) took several decades to build and was the most important event in the life of St Petersburg. The painting is dated 1844, when construction of St Isaac’s Cathedral was well under way. Like other artists, however, Vorobyov painted the monument while it was being built as if it were complete. St Isaac’s Cathedral was consecrated in the presence of Tsar Alexander II on 30 May 1858 and became the cathedral church of the Russian capital. The ensemble of Senatskaya Square, which has survived to the present day, took shape in the 1840s, when the Admiralty Canal was interred in pipe and filled with water.