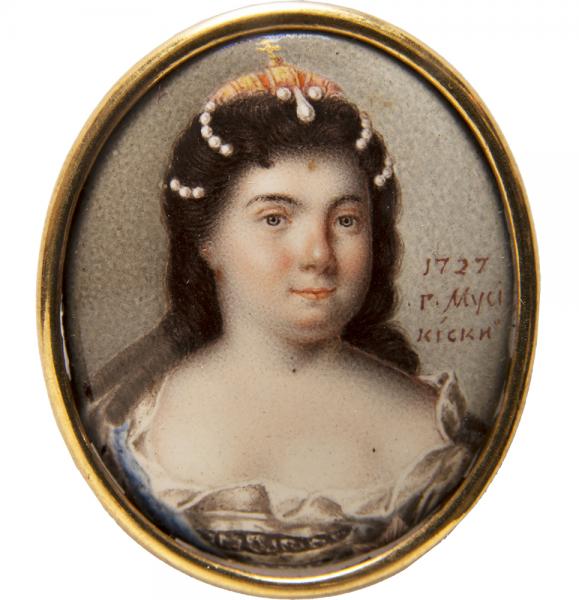 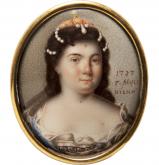 Traditionally the painting is thought to be based on the original portrait created by Johann Gottfried Tannauer; the same type was also used by Ivan Adolsky. A similar portrait signed and dated 1725 was inserted into a clock that was made in England in the 1720s and is now part of the Hillwood Collection, USA. An identical portrait of Catherine also signed and dated 1727 is now exhibited in the State Hermitage. Catherine is depicted with a ribbon and a star of the Order of St. Andrew the Apostle the First-Called, wearing an ermine mantle, and with a small crown on her head. Her hair is plated with strings of large pearls.