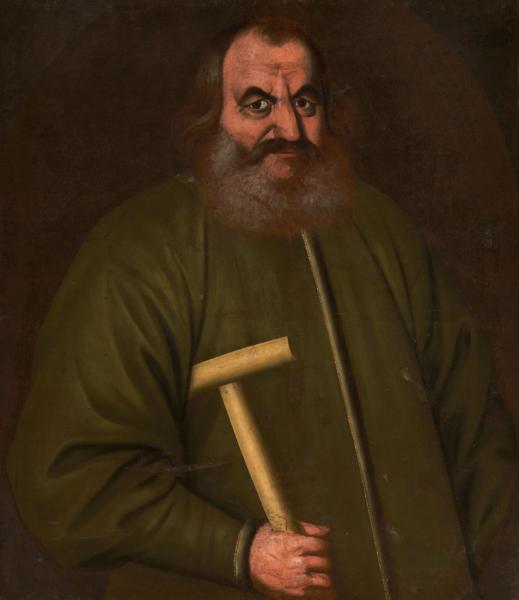 Matvei Naryshkin (16..–1692). Relative of Tsaritsa Natalia Kirillovna. From 1674–1679 Naryshkin was the military governor of Veliky Ustyug. In 1678 he became a nobleman of Moscow, and in 1686 – a stolnik (cupbearer). In 1688 he was given a senior court rank – an okolnichy; and in 1690 he became a boyar. He held the jesting rank of Patriarch of the Drunken Synod, and the nickname “Milak”.

The earliest reference to the painting is in the Inventory of 1735; according to which the portrait of “the personage of Matvei Filimonovich Naryshkin” was placed in the entrance hall. This would seem to be one of the earliest pictures in the “Preobrazhensky Series”. The discovery in the archives of the date of Matvei Naryshkin’s death, 1692, increases the confidence of researchers that the portrait could not have been painted later than then.