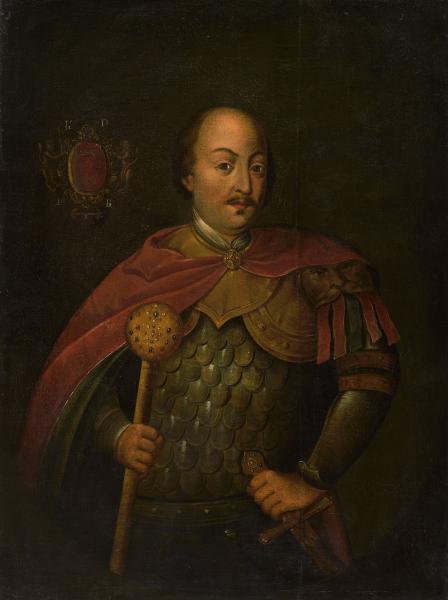 Boris Sheremetev (April 25, 1652 – February 17, 1719). Statesman, commander and diplomat. In 1682 he was made Boyar. He took part in the first Azov campaign. He was a close associate of Peter the Great and fought in all the most important battles of the Northen War (Dorpat, Narva, and Riga). He became Field Marshal General in 1701 and was the first Russian count (1706). At the battle of Poltava he commanded the centre of the Russian Army. Peter the Great called Sheremetev his “Turenne” and valued him greatly for his selflessness.

The portrait was dated based on technological research. The upper left corner of the painting features a coat of arms belonging to the Sheremetev family, corresponding to the time when the item was created. Evidence suggests that this painting was used by Leonty Tarasevich, when he created his engraving for a panegyric presented to Sheremetev in 1695, commemorating the Count’s successful seizure of four Ottoman fortresses. Sergei Sheremetev, descendant of Count Boris Sheremetev, maintained that the original painting used for the engraving, was kept in the village of Borisovka, the family estate near Belgorod. It is possible that this particular painting, now in the collection of the State Russian Museum, is the very same work.