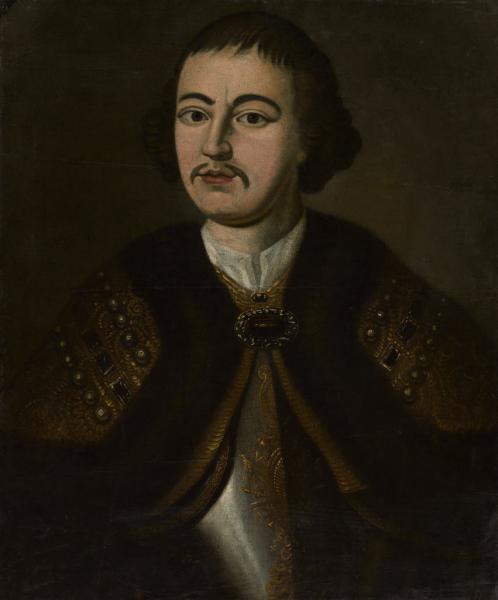 The iconographical type of the portrait was described as the “Versailles” one. It was supposed to be “the Versailles original half-length portrait, with hands not depicted; given to Louis XV by Peter the Great”.

A legend says that the portrait was painted by Hyacinthe Rigaud. There is a similar portrait in Versailles, but French art historians believe that it originates from a portrait by Pieter van der Werff housed in the State Hermitage.