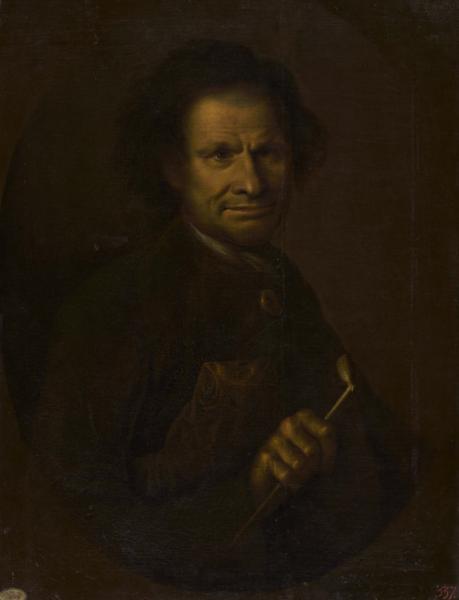 Portrait of a Man with a Pipe in Hand

Scholars confidently assert that this is the same portrait mentioned in a story told by Andrei Nartov, a famous Russian scientist, engineer and sculptor active during the reign of Peter the Great. The tsar told the artist to depict him “in a painting with a smoking pipe, sitting at the table, having fun and surrounded by musical instruments with mathematical and other tools abandoned in the distance, which would mean that he hadn’t enjoyed sciences and had only learned how to play the bass viol.”