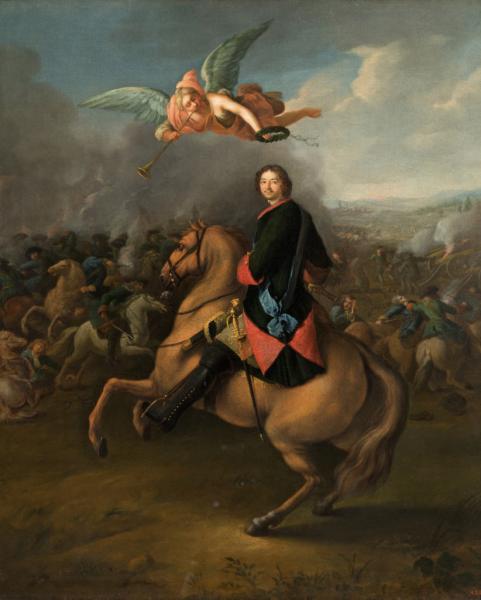 Peter I at the Battle of Poltava

The painting was created in the European tradition, with the monarch participating in a battle scene. A scholar doing research on Peter’s iconography pointed out as far back as one and a half centuries ago that this “image of the tsar is not so similar to other portraits of his.” In the catalogue of a portrait exhibition organized in 1870, the painting was said to be a “study completed” for a large painting, which was ordered from Tannauer in 1718. 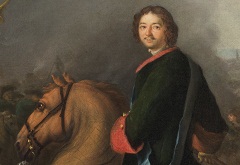