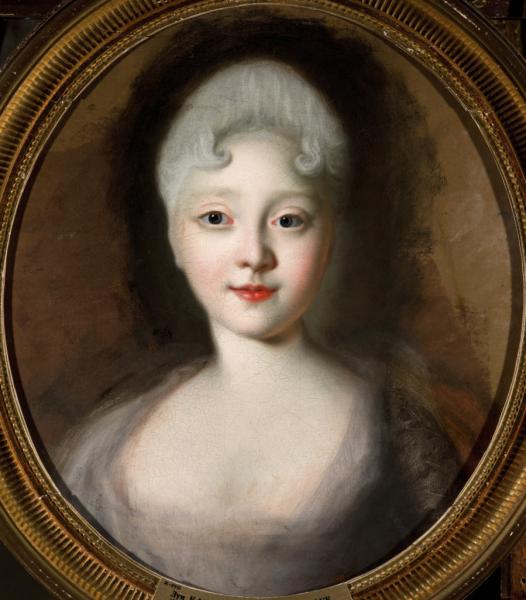 The “Inventory of the Imperial Hermitage” published in 1913 mentions a “shoulder-length portrait [of Elizabeth], which was painted when she was a tsesarevna, uncompleted.” New research established that the portrait is a study to the portrait by Louis Caravaque that was acquired by the State Hermitage and is dated 1724.