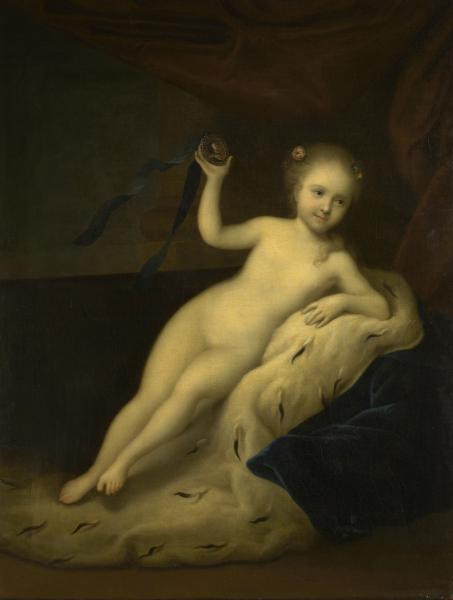 The “Inventory of the Imperial Hermitage” published in 1913 mentions “two portraits of Elizabeth Petrovna “as an infant, lying,” holding a portrait of Emperor Peter the Great in her hand, which were acquired in 1763.” Both portraits are housed in the Russian Museum; they are dated based on the subject’s age and their technological characteristics.