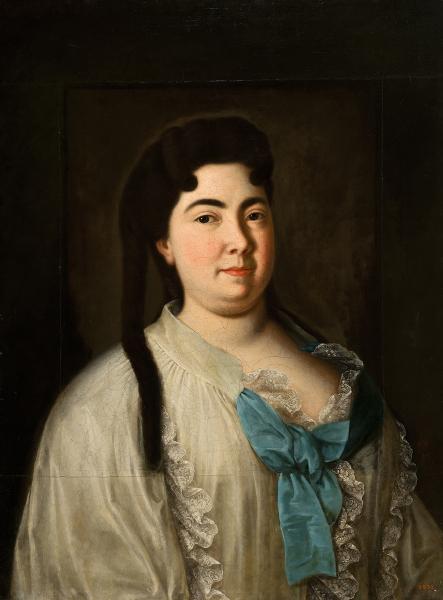 Portrait of Catherine I in a Peignoir

The size of the painting (51 x 42) was extended around the perimeter after its completion, but the face was painted by Louis Caravaque. Initially Catherine was depicted wearing a white square décolleté gown with a ribbon of the order over her shoulder, just like on the portrait by Jean-Marc Nattier. It is possible that this is one of the earliest studies of Catherine composed by Caravaque after Peter and Catherine came back from Europe. It is also possible that this is a companion portrait to a portrait of Peter the Great, with their size being almost identical.