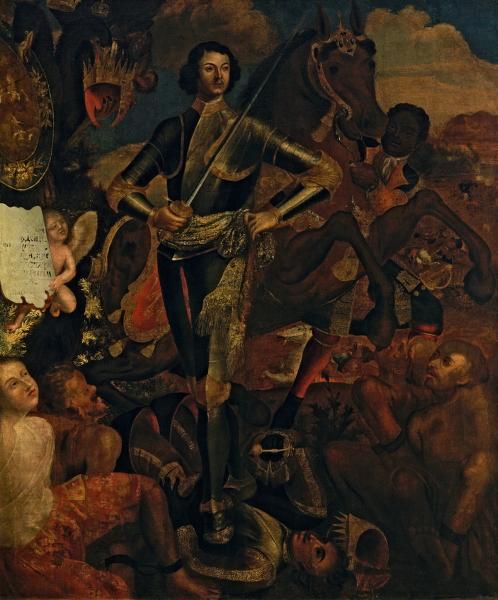 Iconographically, this representation of the tsar harkens back to the original work by Godfrey Kneller, and features allegoric representations of Peter the Great trampling down his enemies. It is believed that the portrait was created based on a reproduction made by John Smith (from Kneller’s original painting) by one of the tsar’s painters from the Armoury Chamber; who were apprentices of Stanislaw Lopucki. It is supposed this is the picture that was kept in “the palace of Tsarevna Maria Alexeyevna.”