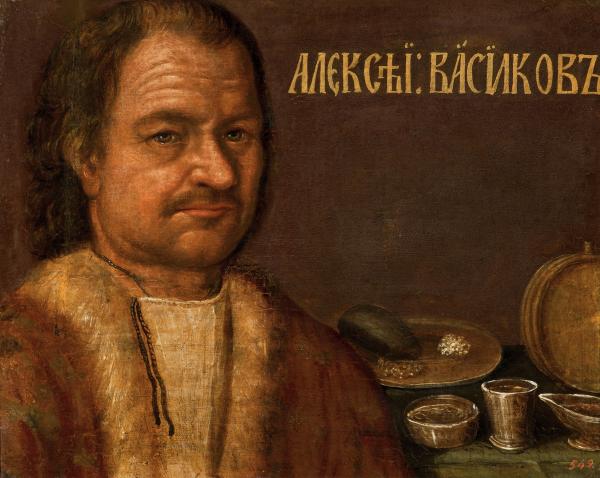 Alexei Vasilkov (his patronymic and dates are unknown). Staring from the end of the 1660s he was an official in the Stvolny (Gun Barrel) Prikaz, and from 1700 served in the Armoury Palace. In 1715 he was a clerk of the Armoury Office.

The portrait originally appeared in the Hermitage inventory under the title “Painting of Alexei Vasikov” cataloged as № 152. All attempts to find the surname “Vasikov” (as misspelled on the portrait) in documents of late 17th and early 18th centuries failed. Finally, a theory concerning the accurate spelling of the surname helped uncover the correct name of Alexei Vasilkov. Unlike other portraits, which feature a “bearded” image, this portrait of Alexei Vasilkov was painted after August 30, 1698.