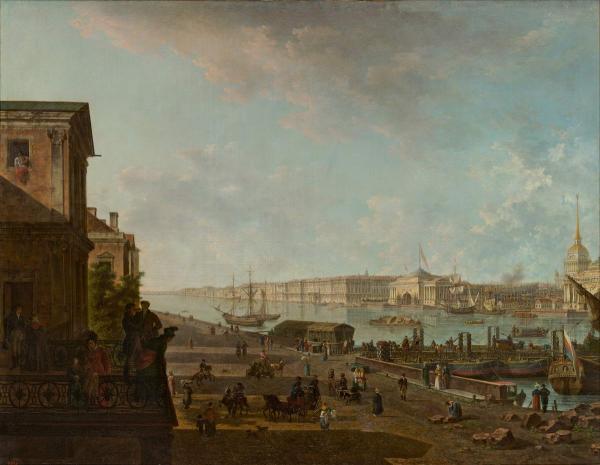 The paintings of Fyodor Yakovlevich draw the attention to themselves, not only because he recreates on canvas the views of St. Petersburg with such accuracy, but because he gives them an emotional and artistic dimension. His works became the interesting  subject to study when it came to the history and architectural changes in the city’s appearance.

In the foreground, there is an upper terrace of the First Cadet Corps, which was founded in 1732 and placed in the former Palace of the Governor-General of St. Petersburg, His Serene Highness Prince Menshikov. On the opposite bank, there is the Admiralty, rebuilt by Andrei Zakharov after a fire in 1806. Behind the canal, which encircles the Admiralty, the Palace Embankment appears on the left.