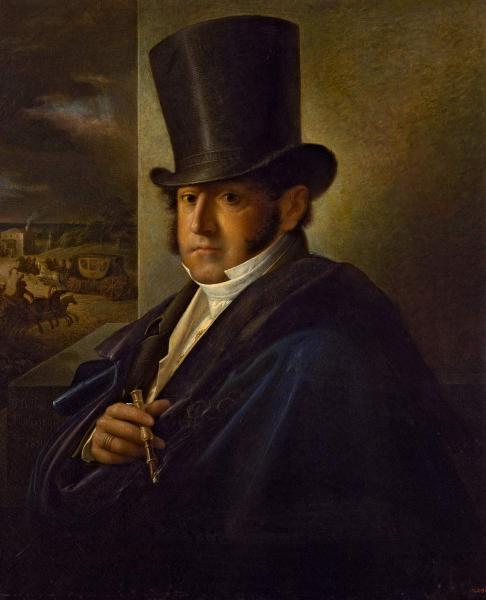 Konstantin Yakovlevich Bulgakov (1782–1835) was the younger son of the diplomat Yakov Bulgakov, and in 1797 he was appointed to the College of Foreign Affairs. Under Alexander I he was attached as a supernumerary to the mission to Vienna, and was then put at the disposal of the Commander-in-Chief of the Transdanubian Army, Nikolai Kamensky. He became an actual state councillor in 1814, postal director for Moscow in 1816, and was transferred to the same position in St Petersburg in 1819.

Under his direction communications by stage-coach were set up, as well as a permanent urban postal system in St Petersburg. In 1822 he concluded a postal convention with Prussia and Austria that speeded up the delivery of letters from abroad. He was appointed privy councillor in 1826 and director of the Department of Posts in 1831. He was well known for his generous philanthropic work, his love of literature and art and for organising numerous charitable evenings; he was friends with many figures in the arts and with contemporaries who were collectors (in particular Alexei Tomilov). He was the author of a correspondence that has become a chronicle of Russian life at the start of the 19th century.