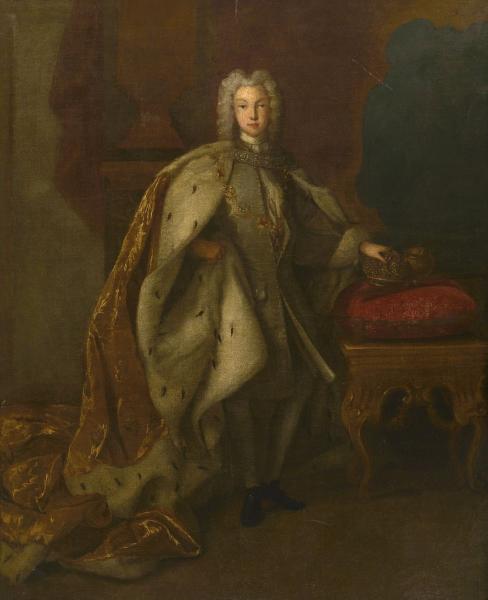 Peter II (1715–1730) was the son of Tsarevich Alexei Petrovich and Yevdokia (née Princess Charlotte Christine Sophie of Brunswick-Lüneburg), who died shortly after his birth; and the grandson of Peter I. He ascended to the throne on 7 May 1727, after the death of Catherine I. The young Emperor was constantly under the influence of others, becoming an instrument in the hands of various palace factions: first Menshikov, who, in order to increase his influence, wanted Peter I to marry his daughter Maria; then Dolgorukovs, who decided to marry him to the older daughter of Alexei Dolgorukov, Princess Ekaterina. On 30 November 1728, they got engaged, but he had contracted smallpox and died the day he proposed marriage. Upon his death, the male line of the Romanovs ended. He is depicted in ermine robes with the chain of the Order of St Andrew.