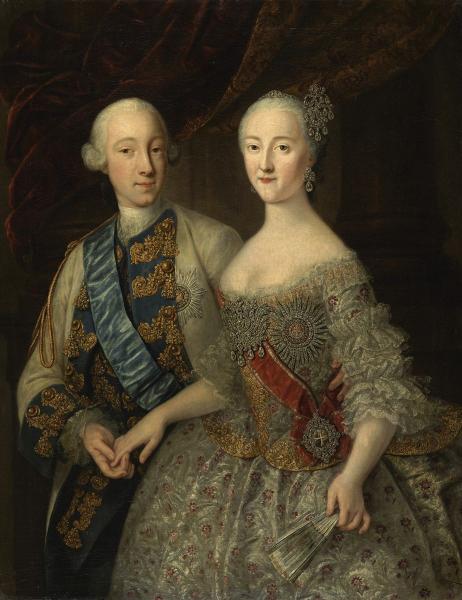 Peter Fyodorovich is depicted in an official uniform of the Life Guard Dragoons Regiment of the Holstein Army with the Order of St. Andrews (the ribbon and the star). Catherine Alexeyevna is depicted with the Grand cross of the Order of Saint Catherine (the ribbon, the cross and the star). The stylistic elements and the lack of archival documents about the creation of this double portrait raise doubts about the authorship of the painter. The wedding of Peter Fyodorovich and Catherine Alexeyevna took place in August 1745. It is very likely that this double portrait was painted during that year as a portrait of the engaged couple. Their child, future Emperor Paul I was born on 20th of September (1st of October) 1754.