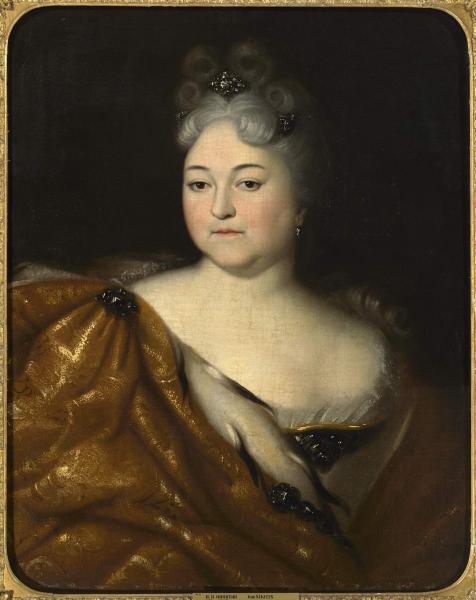 Portrait of the Tsarevna Natalia Alexeyevna, Sister of Peter I

The presented portrait is one of the earliest works of national art, painted by the Russian artists in the European manner. The appearance of the heroine – style of a dress, wig, manner to behave – states that the portrait belongs to style of the New Age.

At the same time in the fine language of portraits created by I.N. Nikitin ("master of the personal crafts," a favorite of Peter I) there can still be felt echoes of medieval painting: twists and folds of fabric are painted rigorously, there is the flatness in the interpretation of figure. However, the face of the heroine is painted in a voluminous and expressive manner. The presence of multi-temporal features in the painting and the duality in the artistic decision are natural for the early stage of formation of secular art. Apparently, Nikitin I.N. (1680 – not earlier than 1742?) created the portrait before his departure to Italy, where he was sent by Peter I as a scholar. The similar portraits are located in the Pavlovsk Palace Museum and in the State Tretyakov Gallery.