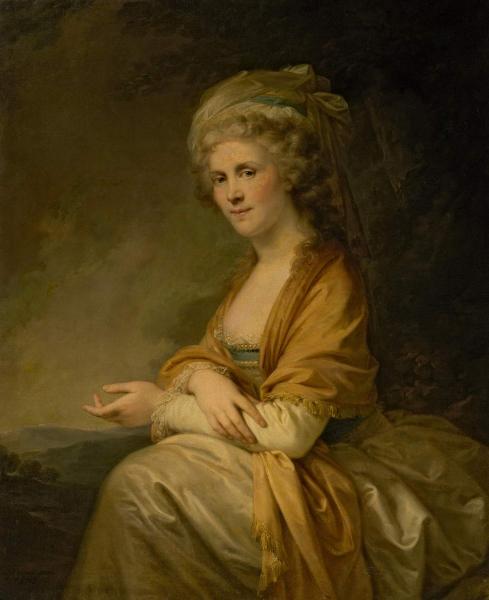 The Austrian painter Johann Baptist Lampi I was the favourite portraitist of the nobility. He worked in Vienna, Warsaw and left for Jassy  in 1792 by invitation of Prince Grigory Potemkin, who resided in Moldavia. He moved to St. Petersburg shortly after, where he stayed until 1797. He painted an array of portraits of Catherine II as well as portraits of members of the imperial family and the nobility. He gave lessons to Russian artists, as Vladimir Borovikovsky for instance.

Yekaterina Stroganova, née Princess Trubetskaya (1744–1815) was a countess and the second wife of Count Alexander Stroganov, who was the president of the Imperial Academy of Arts. She was also a lady in waiting of Catherine II.