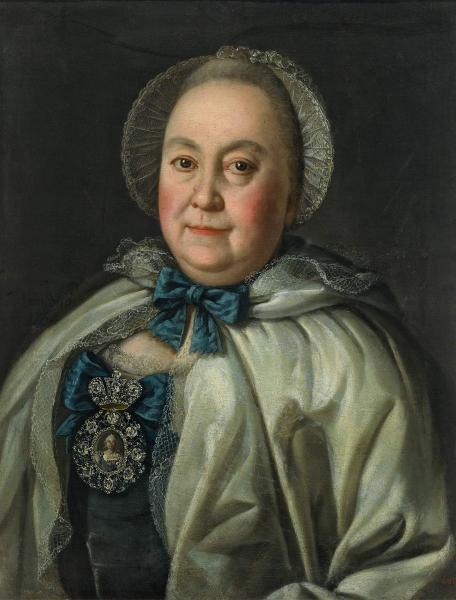 The painter depicted the Countess at her elderly age with expressive eyes, a clear mind and seems full of vitality. This intimate portrait conveys the features of the model's face as well as the details of her clothing. Maria Rumyantseva is depicted with the distinction of the lady-in-waiting: she wears a portrait of Empress Elizabeth Petrovna in a diamond frame. The accuracy in the reproduction of the appearance of the model and of the accessories is characteristic of the Russian portraits of this era.