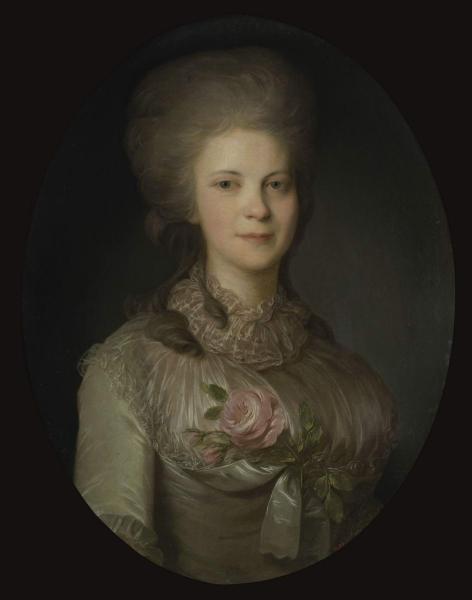 Fyodor Rokotov – one of the greatest masters of portrait painting of the 18th century. The best features of creative works of Rokotov are most clearly evident in his portraits of the 1780s. These works are unique due to the sharpness of characteristics and sophisticated craftsmanship.

One of them is a portrait of V.N. Surovtseva in which Rokotov created the image of a smart and friendly woman with wrong but nice facial features. It is typical for the artist's skill to use the soft direct light that sometimes conceals the shape of the face and more clearly exposes the image of only the eyes and lips. Due to the subtleties of solution of the complex color problems, Rokotov portraits can be considered the highest achievements of the painting culture of the whole 18th century.

Surovtseva (Surovtcova) Varvara Nikolaevna (nee. Pashkova). Her sister Caterina was married to the Count Devier. Noble family of Surovtsevy (Surovtcovy), extending in the Moscow, Kaluga, Saratov and Simbirsk provinces, was first mentioned in manuscripts at the beginning of the 16th century.