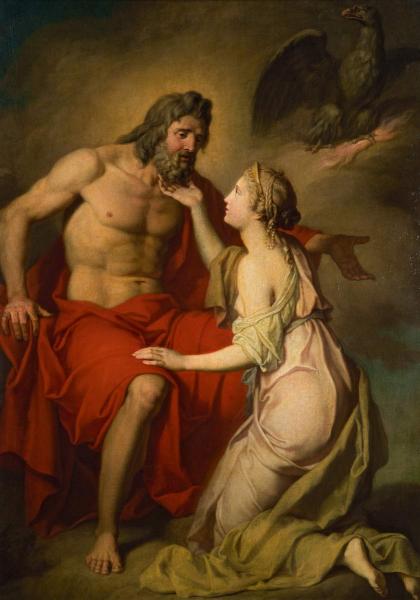 Anton Losenko painted Zeus and Thetis in Rome in 1769, during the final year of his period as a fellow of the Imperial Academy of Arts in Italy. Count Ivan Shuvalov also lived in Rome at the time and commissioned the painting from the artist for Count Kirill Razumovsky. Shuvalov dispatched the canvas to St Petersburg along with casts of ancient sculptures for the Imperial Academy of Arts. One of the first works of Russian Neoclassicism, Zeus and Thetis is distinguished for its classical simplicity and clear and distinct forms, interweaving ancient reminiscences with direct work from life.