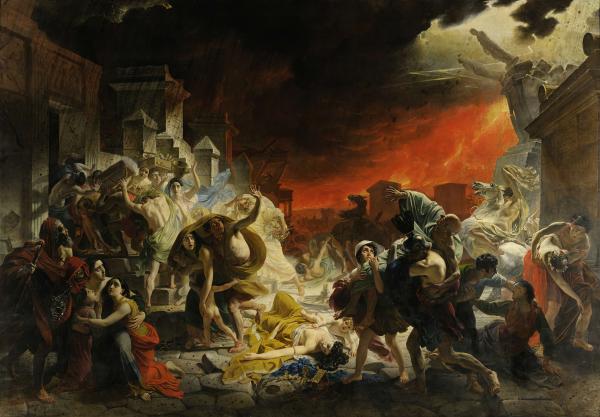 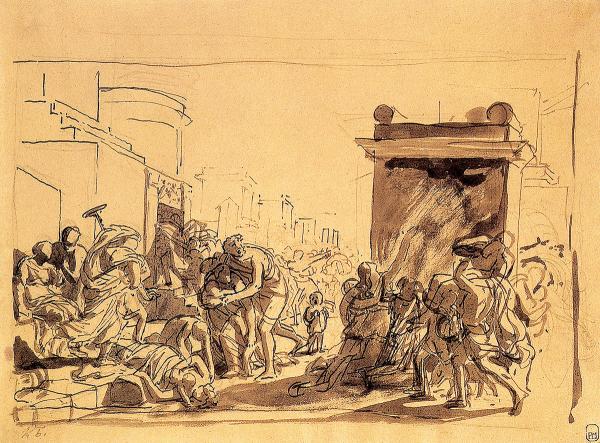 The Last Day of Pompeii

The subject of the canvas is the destruction of the ancient Roman town of Pompeii during an eruption of the volcano Vesuvius in the year 79 AD. Brullov’s historical sources were the letters written by the ancient Roman historian Pliny the Younger, a witness of the catastrophe, to Tacitus, and a study of the ruins of Pompeii, where archaeological excavations had begun in the middle of the eighteenth century. The scene of the action is the Strada dei Sepolcri (Road of Tombs), the Pompeii necropolis and a kilometre perspective from the Gates of Hercules to the Villa Diomedes in the direction of the Villa of Mysteries. The Last Day of Pompeii was exhibited at the Pinacoteca di Brera in Milan in 1833. It was then sent to the annual Paris Salon, which had opened in the Louvre in March 1834, winning Brullov a first gold medal. The painting was shown at the Imperial Hermitage in St Petersburg in 1834 and at a special exhibition organized by the Imperial Academy of Arts in 1835. Among the characters in the painting, Brullov depicts himself (the artist on the steps of the temple) and Countess Yulia Samoilova (the mother embracing her daughter). 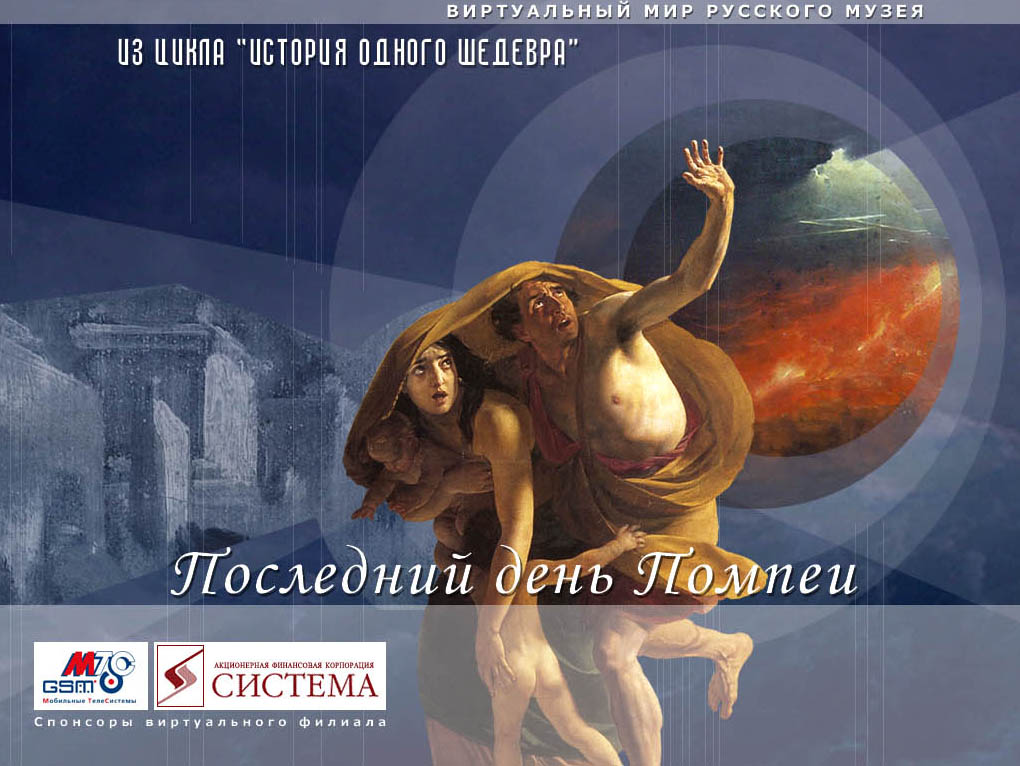 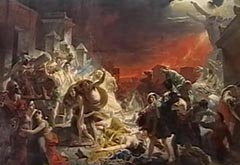 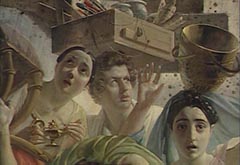