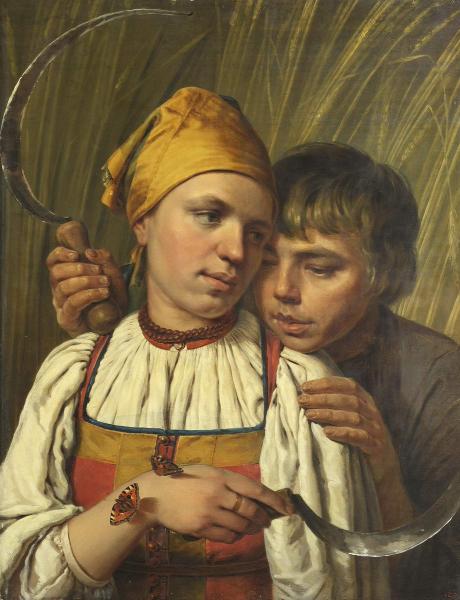 In the late 1820s, while continuing to create small works close in character to life studies, Alexei Venetsianov began to increasingly turn to the creation of large canvases with more generalized images. Among such pictures is Reapers, created during the heyday of the master’s professional career and one of his finest works. The picture is, in essence, one of the many genre portraits in Venetsianov’s creative heritage. The most impressive features of this canvas are its profound characteristics and special expressiveness. The artist incarnates the power and beauty of a directly manifested feeling with a seriousness and sincerity far removed from sentimentalism. This was a typical feature of Romantic art, which often endowed its heroes with genre characteristics.