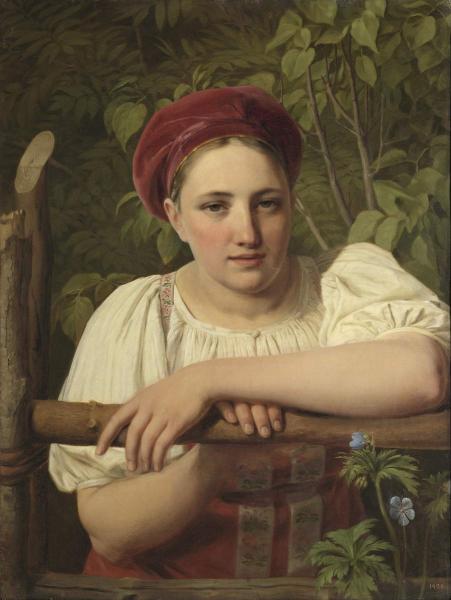 A Peasant Woman from Tver Province

This picture is a portrait of a real individual and a depiction of a generalized image of a peasant at the same time. Venetsianov was acquainted with the models he painted but preferred “strictly symmetrical” faces of classic types that were not unusual among the residents of northern provinces. Moderateness and at the same time brightness of colours – a white shirt, a dark red povoinik (an everyday headdress of married women that was replaces by a kokoshnik on festive days), a bright sarafan, and green leaves – emphasize the accuracy of the image. The painting was created during the late period of Venetsianov’s creative work and differs from his earlier works by more elaborated details and a better developed scene (a young woman leans on a fence, probably waiting for someone).