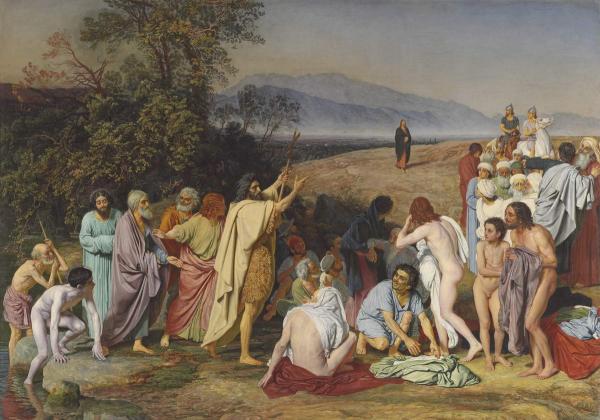 Christ’s Appearance to the People

This work is a small version of Alexander Ivanov’s famous painting of the same name now in the Tretyakov Gallery. The study allowed the artist to experiment with a series of ideas and resolutions, before embarking on the final picture. There are, in fact, only minor differences between this work and the final version. Ivanov originally planned to paint a picture the same size as this study, though gradually arrived at more monumental forms in the course of work on the canvas.This study illustrates the grandiose concept of Christ’s Appearance to the People and the artist’s attempt to convey the general meaning of the Gospels, employing a subject that unites prophecy and fulfillment and symbolises the birth of a new world.