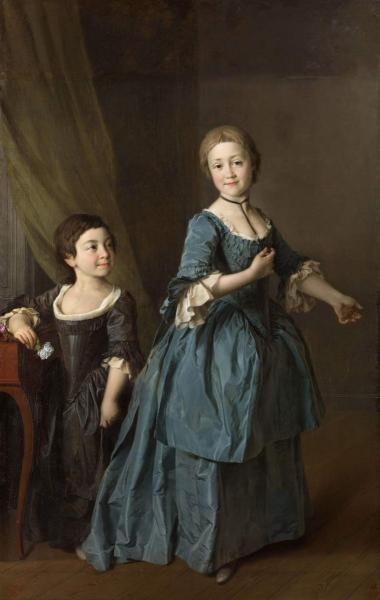 Fedosja Stepanovna Rzhevskaya (right) is painted in a blue school uniform dress established for the pupils of the second of the Educational Society for Noble Maidens; N.M. Davydova (left) depicted in the school uniform dress of coffee color. This dress was obligatory of the junior students.

Rzhevskaya Feodosiya Stepanovna (1760–1795) – the daughter of Lieutenant-General S.M. Rzhevsky and Sofia Nikolaevna (nee. Baroness Stroganova). She graduated from the Smolny Institute with the insignia (cipher) of Catherine II designed as a brooch in the shape of the Empress initial. She got married to Prince Mikhail Golitsyn, the state councilor. Later he was the governor of Yaroslavl. 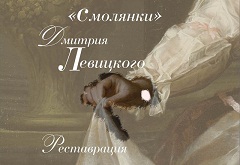