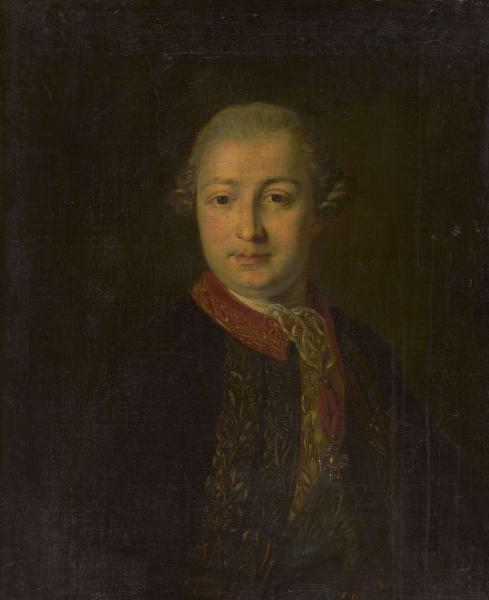 Ivan Shuvalov (1727–1797) was an adjutant general. As he became the favourite of Empress Elizaveta Petrovna in 1749, he had a great influence on Russian foreign and domestic affairs. He was the curator of the Moscow University and the Academy of Art. He took Mikhail Lomonosov under his wing and was acquainted with Voltaire and Helvétius. After the accession of Catherine the Great to the throne, he lived abroad until 1777. After his return to Russia, he became Grand Chamberlain. The painting depicts Shuvalov in uniform with the Orders of St. Anna and the White Eagle. This painting is one of Rokotov’s early works.