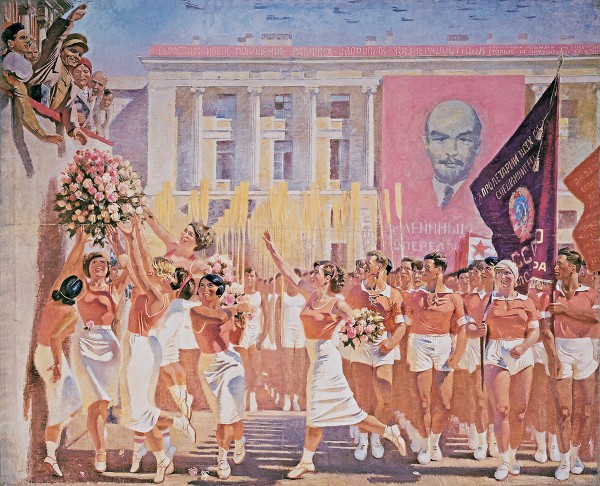 Following Sergei Kirov’s murder in 1934, a multitude of portraits and works on themes from his real and mythical biographies appeared in Soviet painting and sculpture. Alexander Samokhvalov painted a portrait of Kirov, Kirov on a Construction Site, and his first ever large picture-panel — Sergei Kirov Reviews an Athletic Parade. The artist had long dreamt of painting a multi-figure monumental picture in the style of a fresco. The action takes place on Palace Square in Leningrad. The space is enclosed by the facade of the General Staff Building with an enormous portrait of Lenin. The eyes of the athletes are riveted on the figure of Sergei Kirov and other members of the Leningrad government on the rostrum. A group of girls break away from the main group to hand Kirov a bouquet of flowers.