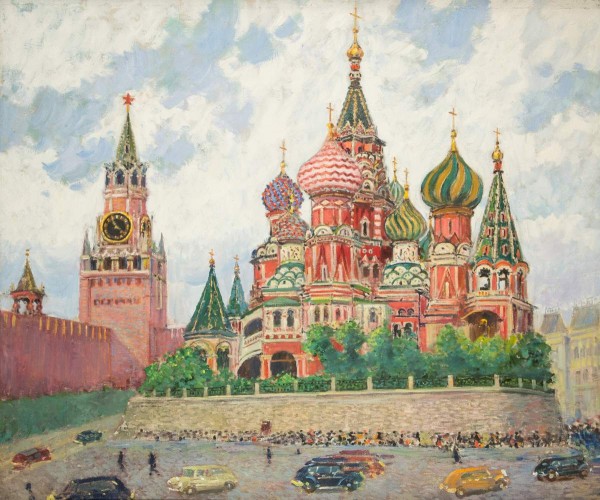 St Basil’s Cathedral, a masterpiece of 16th-century Russian architecture located in Moscow’s Red Square, was built by Tsar Ivan the Terrible to commemorate his military victories. During the Soviet years the cathedral lost its religious function and was converted into a museum. The Soviet capital’s main square was regarded as central for the entire country, and the monument thus acquired a new status as the sacral “heart of the motherland”. It served as a splendid backdrop for military parades, holiday demonstrations and other Soviet festivities.