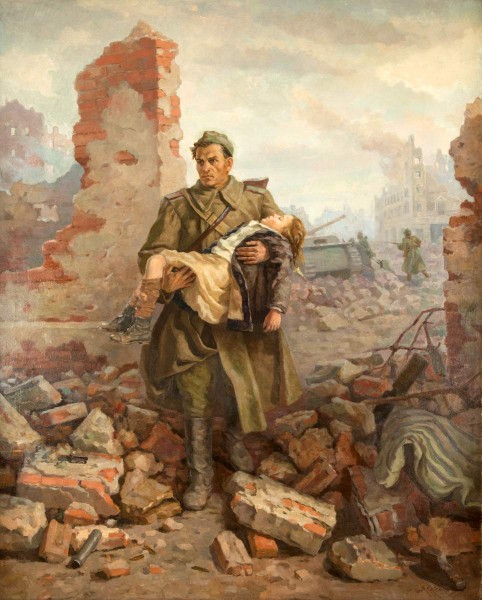 The image of a Russian soldier rescuing a German girl during street battles in Berlin became an element of propaganda symbolizing the humanity of the Red Army. Its most celebrated embodiment is the Soviet War Memorial in Berlin’s Treptower Park, created by sculptor Evgeny Vuchetich in the same years in which Fyodor Nevezhin painted this work.