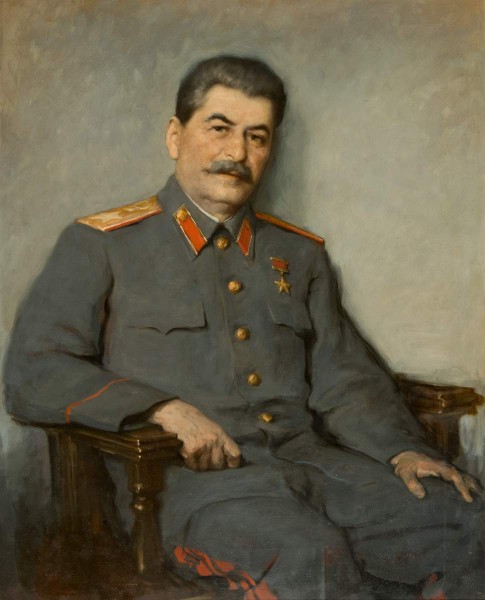 In the 1930s the regime officially designated the ideological-creative task of producing images of socialism’s “brilliant creators” Lenin and Stalin and their closest associates. To meet these demands, totalitarian art was transformed into a leading instrument for the creation of the leader cult. The elaborate iconography of Lenin and Stalin images in Soviet art is rivaled only by that of Christ and the highest-ranking saints in Christian art, and it was organized along roughly the same lines, beginning with childhood, going through various embodiments and hypostases and ending with eternal existence in the afterlife. This process of sacralization of power unfolded quietly but quickly, reaching its apogee in 1949, when in honour of Stalin’s 70th birthday a plethora of frankly adulatory works were created and shown at the exhibition Joseph Vissarionovich Stalin in the Fine Arts.