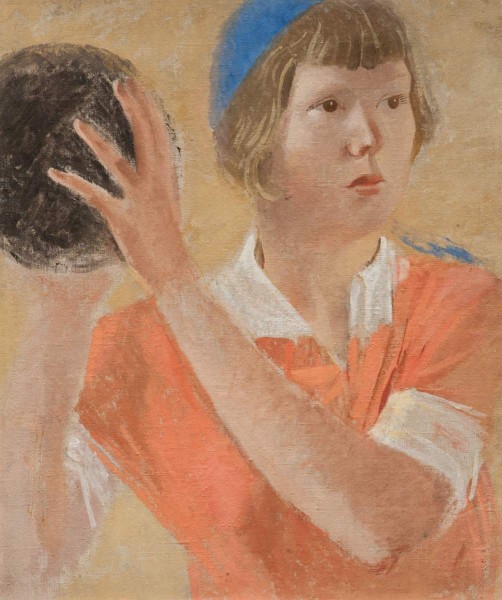 Girl with a Ball

Like many of Samokhvalov’s paintings, this intimate work creates the impression of a lost fresco fragment. The artist was convinced that modern life should be depicted in monumental forms, and took inspiration from the art of Antiquity, the Renaissance and Ancient Rus. He strove to embed the depicted moment into historical perspective, to underline its significance, to shroud it in a romantic aura. His models were for the most part young people, the embodiment of a splendid utopian future which they were called upon to create and inhabit. In the role of a dreamy young athlete Samokhvalov depicted his eldest daughter Maria.