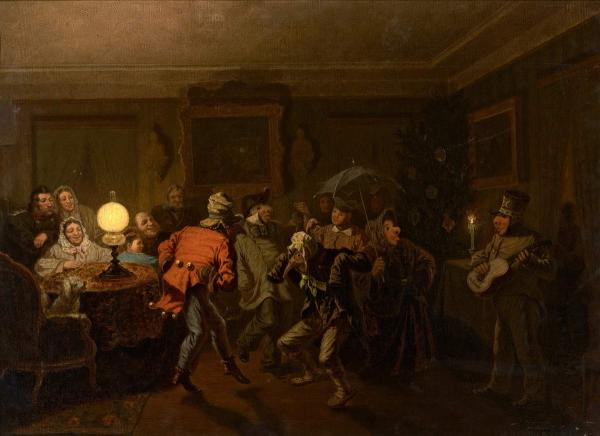 The painting depicts the arrival of the watchmen singing praises in the family of a wealthy official. The two weeks following Christmas were a time of joy, of different rituals and amusements. Masquerades were a widespread custom. The people used to put on masks and cloaks. This was due to the popular belief that demons, who were wandering the earth during the eight days following Christmas, were able to torture a man if he was not disguised as the devil in order to deceive him. The masqueraders, who scared the demons, passed from house to house, where they were received with food and drinks.